Let Me Tell You Johorean Culture You Will Never Know

Johorean culture originates from Johor which is also referred to as Johore is a Malaysian state to the Southern region of the Peninsular or West Malaysia.

It is a port side state which envelopes the Republic Singapore and the South China Sea towards the islands of Indonesia.

Johor mainly consists of jungles and swamps but has an elevation of 900 meters towards the eastern region.

Johorean culture is rich and inspired by its long history dating back to the era of 15th century.

It was initially regarded as the Kingdom of Johor,

Under the reign of Mahmud Shah of Malacca.

When the Portuguese captured Malacca, Mahmud Shah and his son Alauddin who were just rulers and worked in the rehabilitation of culture and their people.

The Johorean culture further evolved in 18th century when Johor was taken over under the ruling of Riau Islands and later to be declared as the independent state by the Birtish regime.

The state is controlled by its royal family under Sultan HRH Major General Sultan Ibrahim Ismail, the 25th Sultan of Johor. 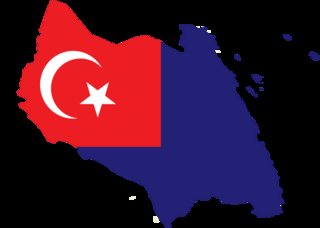 Until the mid of 18th century there were Chinese pepper merchants and South Indian labor workers came and settled in Johor state.

Johor is rich in plantation of rubber and palm trees.

This attracted the immigrants to settle in Johor.

With thousands of immigrants pooling in,

There was an obvious introduction of their own culture to be mixed with Johorean culture.

Not only the rubber and palm oil.

Johor is famous for its iron and tin deposits, pineapples and coconuts as well.

With the introduction of railway in the early 19th century,

Johor with its resources to offer flourished.

The economic growth attracted major investors in the region to not only in the plantation and mining fields but also in the processing of the fruits and iron ore.

As the Johor state coastline is shallow and can not cater to ship berthing,

The economic sector utilizes the Singaporean ports for international business.

Road and rail network have been providing the transportation services for the land based transport.

Johor state is also home to Johor river which runs fresh water from the inland West Malaysia out into the South China Sea.

This river has been the subject to its conomic well-being as well as the Johorean culture.

The Johor river has boosted and helped the economy of Malaysia and the Johor by giving the access of drinkable water to Singapore.

Singapore is an island and is surrounded by the salty sea water.

Singapore can either treat the salty water or gain the access to Johor river;

The Singaporean government has given its port access to the business entities of Johor state.

It also caters to sporting facilities for the Malaysians which are considered as thrilling and adventurous.

This river has also served as the pivotal point of Johorean culture with sea food, water sports and the textile industry. 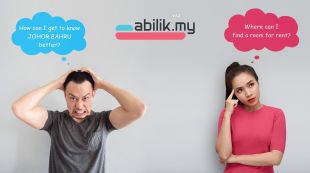 Abilik provide better experience room rental service in johor bahru, No matter you're student or away from hometown work in JB, We can help you find your dream room.

Are you a property owner? Managing a property could be a stressful task when you have more then a few property in hand.

We strongly believe promoting Johor Bahru will benefit Johorean in terms will increase jobs opportunity, Tourism industry and many more.

Ethnic Dominance and Culture of Johor

As Johor was a Kingdom that lived for hundreds of years by the coastline,

It has been met with people from different parts of not just the region but all the way to middle east.

Immigrants from middle east came in the 15th and 16th century to spread the news of the religion.

People from Thailand, Indonesian Javanese and the Samoans settled in the region of Johor as well.

Later in the 18th century the Chinese and Indian merchants also settled in Johor state.

Even though Johor was isolated through swamps and plantation,

There were economic benefits linked.

The idea of economic growth was pleased further with the transportation links.

This encouraged and transformed the Johorean culture which was molded with different regions.

The Johorean culture was transformed in terms of language, food, clothing and even the religious and living standards. 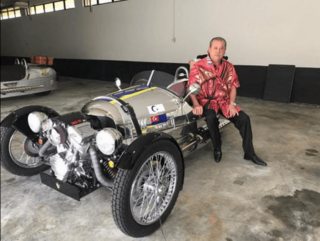 Culture is defined by the characteristics of a certain group of people ranging from their way of life.

It consists of the language, distinct food, their specific choice of sports and even the clothes they wear.

Johorean culture as we know has grown into different regional cultures especially when it comes to cuisine, social habits and the arts, fostered by the social patterns.

The designation of culture originated from the french regime tending to the cultivation and nurturing.

No matter what the culture or the traditions are in a specific region,

It is bound to change with time and influence.

It connects different beliefs and conjoins them into making the culture of that particular region.

Culture can be considered fluid which is constantly in a state of motion.

Why it is vital to consider the culture in a single pattern.

As we established the fact that culture is formed with the influence of inhabitants from different background.

Johorean culture is subjected to the same.

The language, food, festivals, sporting habits and the charity drives have helped to form the identity of Johorean culture.

Johor as we know has been a kingdom for hundreds of years under the Malayan rule.

The state has since then has been ruled by different people such as the Javanese, British and even the influence of Arabs.

The inhabitants of Johor were known to speak the Bahasa language which was further influenced by the Arabs.

Arabs who came to the Malaysian peninsula for the religious purposes,

Brought a strong influence of the Arabic scripture.

Bahasa Melayu as we know today has been influenced by the Indonesian Javanese people as well who controlled the state of Johor for a brief period of time in history.

During their reign, the language was majorly influenced along with the usage of its grammar. Being religiously inclined, the Arabic scripture was welcomed as the scripture of Bahasa Melayu referred to as the Jawi scripture.

It is quite understandable that the Johorean culture especially the language has been a mixture of different dialects as we know today.

Like most of the Malaysian states, Johor itself is a hub of it own distinct food and taste.

The best way to understand a group of people and their culture is through the food.

These dishes range from different ethnic backgrounds mainly from the Malay, Chinese and the South Indian.

There are a number of dishes that define the cultural significance of Johor such as Johor Laksa, Mee Kari and the South Indian Kerala curry.

Most of the Johorean food is based with noodles and rice like most of the Malaysian states.

Johorean also pride over their traditional cakes and other desserts such as cendol and ice kacang.

Though, these are available elsewhere in Malaysia but the Johoreans have a distinct taste of its own.

If you are a coffee lover,

Kluang is the place to try the best coffee West Malaysia has to offer.

Johoreans are considered adventurous and are very inclined in the sporting sector.

Soccer is considered as one of the most popular international sport in Malaysia and Johor is no where behind.

The royal family itself is involved in the states team and shows full interest when competing in the national games.

There are state of the art stadiums dedicated to the states team which is called Johor Darul Ta’zim, nicknamed as the Harimau Selatan.

Johor is also known for its interest in horse riding, archery, go karting and the famous jungle trekking due to the acres of natural forests and swamps.

With the access to its swamps and the Johor river, there are sporting events of fishing annually which require techniques and understanding of this sport.

Johor is inhabited with people from different ethnicity and religious beliefs and everyone is allowed to practice.

Its dominated by Sunni Muslims of the wahabi sect, they allow their peers to practice and preach their religious beliefs in peace.

Along with Muslim festivals, Johor is subjected to Deepavali, Vaisakhi, Chinese New Year, Chingay Festival, Easter and the Christmas celebration.

The state's government makes the necessary arrangements to make sure the sentiments of their people are kept up high.

Apart from the religious festivals, there are annual kite flying, cycling competitions and polo match.

These sporting festivals are followed by the celebration which is open to civilians to enjoy and socialize.

As the Johor Sultan is a motorcycle enthusiast,

The government holds a motorcycling even called Kembara Mahkota Johor. 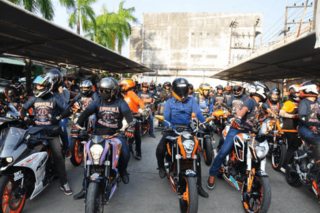 Johoreans consider as part of their culture to involve wholeheartedly in charitable festivals.

They feel pride in helping the community, within both national and international reach.

The Johoreans focus on the Navy and Marine Corp relief to rehabilitate the soldiers and sailors of the Malaysian Navy.

They raise funding for the emergencies and relief for the Naval corp sailors when they need it the most.

Johoreans along with their state government focuses on charitable event for medical emergencies catering to cancer patients.

Johoreans donate funds, blood and provide moral support to the needy and let them realize that they are not alone.


Plan to Ride a Motorbike across Causeway Every Day? Here’s What you Need to Know